A pit bull named Monster, following its escape from a dog run at Memorial Park in Santa Monica,California mauled a seven-year-old boy in October, 2010. 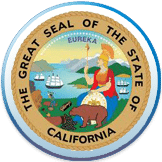 The boy sustained serious dog bite injury to the head, neck, shoulders and back, and may have suffered brain injury.  Not surprisingly, a lawsuit based on negligence was brought against the City of Santa Monica.  The city settled this pit bull attack case for $325,000. Defense felt that if the matter proceeded to trial the award may have been much greater.

This probably was correct thinking by legal counsel for Santa Monica given that a jury in this politically liberal Southern California beach community would have probably been sympathetic to the boy.  Deputy City Attorney for Santa Monica expressed satisfaction with the settlement, but said the gate containing the dog was rarely used and “didn’t seem to be problem” before the attack.  The dog owner in this case was also sued, but whether settlement was reached with this defendant is unknown.

Monster probably did not like being confined: his banging against the fence  probably jarred the gate enough to allow his escape, thus putting others in harms way.  The banging by this dog should have alerted park management on duty at the time of the incident, thereby putting them on notice of the presence of potential danger.

Previously, Santa Monica – a wealthy community which borders Los Angeles to the West –  had a law stating that no pit bull could be in public without being muzzled, but this law was overturned when California later ruled that breed-specific ordinances were unlawful.

What are the legal implications from this kind of dog bite case?  Namely, a city may be liable for dog bite injury if the incident occurs on their property.  Public parks are popular locations where people bring their dogs, and most public parks in the Los Angeles area have leash laws which allows greater control by most owners – assuming the dogs are kept leashed.  However, there are also many “off-leash” dog parks in Southern California and in these so-called “dog parks” the chances for mishap are obviously much greater.