One would suspect that an unlikely place for a dog bite attack to happen is a school bus stop. Countless number of parents send their children to school on the school bus, and all probably assume that the child will be in no great danger. Few parents would have serious concerns that their child would be bitten by a dog at a school bus stop.  Nevertheless, incidences like this have been known to occur.

The latest dog bite incident happened in February, 2014 to a 10-year-old girl waiting at the school bus in Desert Hot Springs California. An understanding of why this incident happened is better appreciated if one realizes that Desert Hot Springs is an area known to have an abundance of stray dogs roaming the area. People who live near where the incident occurred report that dogs frequently run loose. 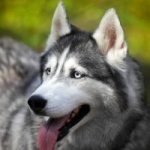 A brief synopsis of the incident is as follow: about 8 AM the girl was waiting for the school bus, and she may have been petting the dog, a two-year-old, male Husky mix named Ollie. Ollie was owned, but at the time of the incident apparently was running loose. The girl sustained either one or two serious bites to her face. After the incident, Ollie was found by animal control at the house where he lived. Apparently he returned to his own residence, suggesting that the school bus stop was not far from his “territory”.

Incidences like this can be prevented, provided owners take the responsibility of  making sure their dogs remain confined. Obviously, this is particularly true if the owner resides near a school bus stop, which should provide notice to an owner that children are likely to be in the area at certain times of the day.

Desert Hot Springs is a town in southern California surrounded by desert terrain. Many small desert towns, like Desert Hot Springs, have sprung up in the last 30 years.  It is well-known that these desert towns have a serious public health problem due to the presence of a large number of stray dogs.  The dumping of dogs by irresponsible owners in areas like this frequently happens.  And animal control  agencies appear at a loss of what to do to solve the problem. People have been killed by packs of stray dogs in this part of southern California.

From a legal perspective, since it is likely that this child was bending over the dog and petting it, it is conceivable that the defense of comparative fault could be raised. In this case, the owner of the Husky alleges that children in the neighborhood regularly teased her dogs, despite warnings not to do so. Based on the comments of the owner, as reported in news stories, it’s also likely that Ollie had no prior bite incidents, and in fact may have been friendly to this child in the past. Hence, in this instance,  the child may have provoked this Husky dog in the past, in the form of prior teasing,  hence creating a long-term negative relationship with the child. This form of “historical” provocation  has not been considered in many dog bite cases, however.