Because of the ubiquitous presence of dogs in society, inevitably people on some occasions well find themselves proximate to a dog, whether it be by their own choosing or not. Given the ever present 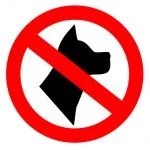 opportunity for contact and interaction between dogs and people, and given the vast differences in behavioral reactivity between dogs, it is not surprising that on some occasions, in some situations, and for some reasons a dog will bite a person. In fact, recent epidemiological findings indicate that an estimated 4.5 million people in the United States are bitten annually by dogs, which represents 1.5% of the US population (Gilchrist, J. et al. Dog bites: Still a problem? Injury Prevention, 2008, 14, 296-301).

Despite what appears to be the lessening of the dog bite problem in the United States, probably through educational efforts over the last 20 years, many communities continued to favor enactment of breed specific legislation – often following the publicity of a dog bite fatality or a severe mauling of a child by pit bull or Rottweiler. Understandably alarm sets in and communities turn to what intuitively appears to be a logical and easily implemented solution. Breed specific legislation essentially bans, restricts or imposes conditions on the ownership of certain breeds of dogs, typically those breeds that presumably pose the greatest risk of dog bite injury

This kind of legislation has generated a great deal of controversy. Repeated legal challenges in cities as Denver and Toronto, have failed to repeal BSL. On the other hand, BSL has been repealed successfully in The Netherlands and Belgium. Proponents for breed specific legislation believe that eliminating a target breed from the population will ultimately decrease the number of dog bites and severe dog attacks and consequently, reduces the financial and emotional cost to communities associated with dog bite injury. In the United States, those opposed to the restrictions imposed by breed specific legislation challenge the law based on its over-inclusiveness and its failure to allow due to process for the individual dog owner. Is breed specific legislation effective in achieving its stated goals? If one reviews findings in the scientific literature addressing this question, the overwhelming conclusion is that it is not.

For example, a recent publication adds weight to the argument against the effectiveness of BSL by reporting the use of a statistic technique that has hitherto not been applied: namely, calculating the number of dogs from a target breed that would be needed to be banned or have restrictions imposed to affect a reduction in a desired outcome (for example, a desired outcome would be the reduction in the number of hospitalizations resulting from dog bite injury) (Patronek, G., M. Slater, A. Marder. J. American Veterinary Medical Association, 2010, 237, 788-792).

According to the analysis presented in this paper, the number of individuals within of any particular target breed needed to be eliminated from the population (that is, banned or restrictions imposed) to achieve a significant reduction for various outcomes would be extremely high, thus, in effect, making breed specific restrictions nonsensical and impractical.

The term “numbers needed to ban” (NNB) is coined to describe this statistical parameter. In the paper, the authors calculate several outcome scenarios based on statistics available from data published in the dog bite literature, such as emergency department visits due to dog bite injury, reconstructive surgery following a dog bite, and frequency of hospitalizations because of a dog bite injury. For all calculations result showed that the numbers needed to ban, based on a particular set of assumptions, were extremely high, therefore, indicating impracticality and implausibility of BSL.

In this writer’s opinion, the argument presented in this paper, using this kind of statistical analysis, is compelling. Nevertheless, the impact the science reported in this paper might have on an emotive real-world problem like dog bite frequency is dubious because of what the authors identify as a “perceptual gap” – that is, the gap between (a) what scientifically is correct and (b) what people believe due to their own biases and belief structures.

The authors believe this gap exists in part because of the widespread fear people have of certain types of dogs, created largely through the dissemination of misinformation about dogs and through highly publicized events in which people are severely attacked or killed by a dog. People feel the need to immediately control the problem, hence the knee-jerk reaction favoring the implementation of BSL. The authors conclude that BSL is based largely on fear, and that animal care professionals need to enlighten the public and policy makers about the widespread faulty beliefs that exist concerning the behavioral nature of certain breeds, and about the lack of effectiveness of breed-specific legislation in curtailing the dog bite problem.