The number of dog bite fatalities that happen annually in the United States is widely reported on the Internet.   Most websites state that approximately 25-40 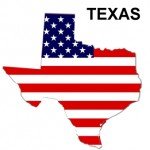 people are killed by dogs each year in the United States, and most of the fatalities are inflicted upon the elderly or children, and most often by pit bull type dogs.

Statistics also usually report the State in which the dog bite fatality the occurred. For example, recent online news about fatal dog attacks in Texas, compared the Texas rate with rates in other states. Results showed that approximately 34 dog bite fatalities occurred in Texas between January 2005 and February 2013, making Texas the leader in incidences of fatal dog attacks in the USA.

The number of dog bite fatalities in Texas is disproportional to the total population of dog owners compared with other states, however. How can this discrepancy be accounted for?

Several factors probably contribute to the high rate of occurrence in Texas. These may include:

In Texas, an owner is legally responsible for the actions of their dog only if  prior knowledge existed about the dog’s dangerous propensities. Hence, many Texans may feel they have room for error given that Texas dog bite law allows one “free bite.”  Further reading on Texas dog bite law can be found at www.dogbitelaw.com.