Death usually happens when the bite is inflicted to a person’s neck causing loss of a large amount of blood within a brief span (< 5 min.), or suffocation. 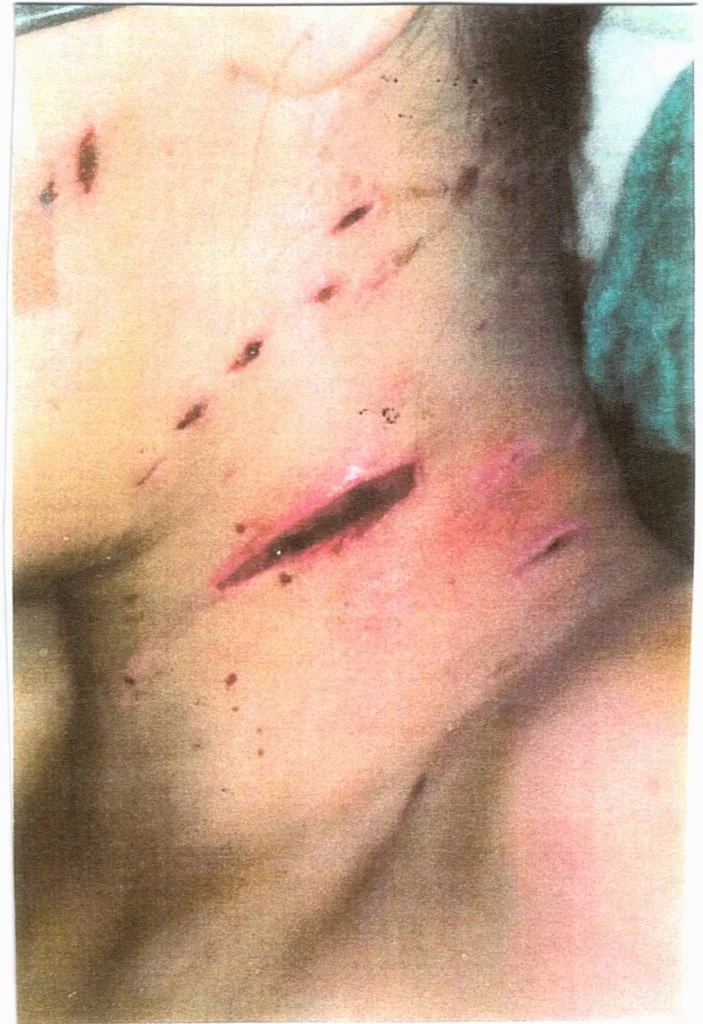 Either way, the severing of the carotid artery or the jugular vein from a dog bite is extremely dangerous because blood loss usually happens quickly and death often results within 5-10 minutes. This was the principal cause of death of victim Diane Whipple in the San Francisco dog mauling.

2. Suffocation due the severing of the trachea. Puncturing or crushing the trachea also usually causes death within minutes. This was cause of cause of death in the Diane Whipple matter.There is the widely held belief that in a dog attack, a dog will intentionally direct its bite to the neck area of a person, because the dog’s ancestor, the wolf, is programed to instinctively direct it’s predatory killing bite to the to the nape of the prey’s neck. I know of no reliable scientific study which substantiates this belief with regard to dog bites directed towards humans, however. Nonetheless, this I have seen this belief opined by dog trainers in several cases.

On the other hand, I believe that if a highly motivated aggressive dog is large enough to access the head area (the most biologically meaning part of a person’s body from the perspective of a dog) of a standing person, and if the circumstances are correct, a dog may intentionally direct its bite to this region of a person’s body (but not necessiarly the neck). If a person has fallen or is knocked over during the attack then the dog’s access to the head area easily happens, and the chances of the dog biting the neck increase substantially.

Last, note that severeal studies suggest that other regions of a person’s body (i.e. below the neck) are more frequently attacked in severe maulings, with the head/neck area are left unscathed.