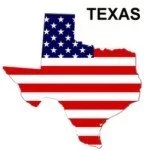 people killed annually by dogs. One may be the culture of Texas, particularly in rural areas where many people keep dogs for protection.  In this posting, I report two additional fatalities in Texas that happened in 2015.

In the first instance, two different children were killed as a result of a dog bite within the span of two weeks. The first occurred in the Red Bird area of Dallas on April 19th, 2015, to 10-week-old Brayden Wilson. Minutes prior to the attack, Brayden’s father went outside the house to activate the sprinkler system, leaving his son unattended. When he returned, he found his pet male pit bull mauling his infant. Shortly after, the mother walked in on this, and got bit by the dog when she attempted to intervene. Miraculously, the father took the animal by the neck, threw it outside, and fatally shot it twice. Brayden was immediately rushed to Children’s Medical Center, where he was pronounced dead. According to the grandmother, who called the attack “unexplainable,” the family had owned the pet for eight years, and raised it with two other children, 8 and 11-years-old. “You just don’t get it when you’ve had the dog so long, I don’t know what could have happened. I don’t know,” Tate said. The dog was not kept on a chain, and it is unknown whether or not he was neutered. Criminal charges may be filed against the dog owner.

In the second instance, which took place on May 2nd, 2015 just outside San Antonio, a seven-year-old boy was fatally attacked by up to five dogs while at a friend’s the incident happened when the boy entered the backyard unattended to play with the dogs. Shortly after, his mother found him laying on the ground with severe bites inflicted to different parts of his body. He was transported by air to University Hospital in San Antonio, where he shortly died of his injuries. According to the Comal County Sheriff’s Office, the dogs were “unspecified breeds.” However, it was confirmed none of them were pit bulls. It is not known if the dogs were neutered or if they were ever chained.