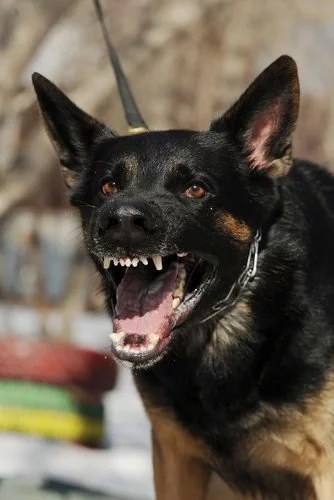 the same.  However, from an animal behavior perspective a vicious dog is not necessarily the same as a dangerous dog.

For example, vicious or viciousness is it descriptor. The term most accurately be used to describe the nature and physical features of a dog bite attack. Thus one might say “the attack by the pit bull on the plaintiff was vicious in nature”.  A vicious attack when construed in this matter therefore means repeated, intense, uninhibited and sustained biting or a bite and hold on the victim without a quick release. One important element, but not necessarily one that is essential, may include how quickly individual bites follow each other (e.g. an attack consisting of a series of intense bites in quick succession may be deemed “vicious”).  And, in most cases a vicious attack usually results in severe injury, but this may not always be the case (i.e. an attack by a teacup Chihuahua).  Defined in this way, a single bite to the face of a child may result in serious injury, but the attack was not necessarily vicious in nature

On the other hand, a vicious attack says little about the personality or temperament of the dog.  For example, a normally docile dog may be provoked to attack in a vicious manner. Hence, in many instances a vicious attack by a dog should not be taken to mean that the dog is necessarily possesses a dangerous temperament.

On the other hand, a “dangerous” dog speaks to the character of a dog. The term should be used to reflect enduring personality or temperament traits. Hence, one doesn’t characterize a dog bite attack as being dangerous. Rather, it’s described as being vicious. And a dangerous dog when it directs aggressive behavior towards the human may not necessarily do so in a vicious manner.  For example, in many instances territorial aggression in dogs frequently only takes the form of threats such as snarls and growls, or perhaps “inhibited” bites.  Displays such as these nonetheless may suggest that the dog could be dangerous, however.

The above distinction may be moot when it comes to the particulars of the dog in any given lawsuit. For example, to determine if the dog possessed dangerous propensities prior to the incident in question, one collectively needs to look at the nature of the attack (i.e. whether it was vicious) along with the totality of other evidence of such as the breed of the dog, the medical profile for the dog, the dog’s behavioral history and how the dog was maintained and habitually controlled by the owner.