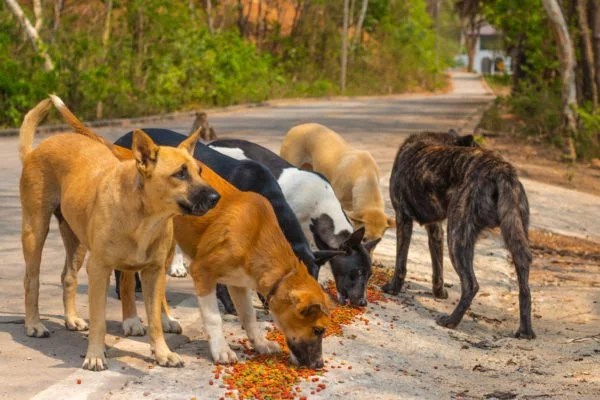 dogs more frequently than people in neighborhoods of greater affluence. This in part prompted a study documenting the frequency of dog bites by stray dogs onto people living in the southern Dallas, Texas. The southern part of Dallas contains some of the most poverty-stricken neighborhoods in the city.

The study was also undertaken as a result of a well-publicized fatal dog attack in southern Dallas by a pack of dogs on a 52 y.o lady in May, 2016.  Moreover, according to a August 8, 2016 story in the New York Times, residents in southern Dallas have been complaining about the stray dog problem for years. Some have taken to walking with sticks for protection and people avoid parks.

Similar results have been found in other parts of the United States. For example, in Detroit when the city went bankrupt in 2012, stray dogs began roaming neighborhoods and biting people. In fact, packs of stray dogs exist in all heavily populated urban areas in the United States and throughout the world. And in India the problem is critical: deaths from rabies as a result of dog bites from a stray dogs is not uncommon.

In Dallas, like other cities, there’s no easy fix. Mass roundup of stray dogs is not a long-term solution. This is what animal control agencies in India and China have repeatedly attempted but yet the rabies epidemic continues. Instead, will about responsible pet ownership (i.e. not feeding stray dogs; not allowing dogs to roam; strict licensing regulations; compulsory neutering in certain situations) and the need for spaying and neutering is essential.  Another solution, hopefully recognized by Dallas city officials, is the urgent need to make available to low income families affordable veterinary care and dog training classes.

As an aside, it is worth noting that stray dogs often form packs. This factor compounds the danger stray dogs present to the public. It is not well understood if these packs represent a permanent group of stray dogs or alternatively companion dogs which leave an owner’s home on a temporarily basis to join an already existing pack during the day.