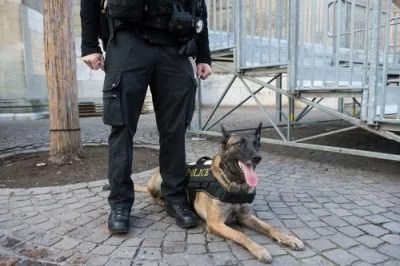 In any given instance when canine force is used for criminal apprehension, there is the potential for a violation of the individual’s fourth amendment rights. The fourth amendment protects people from violations of excessive force.

Recently, I received an inquiry from a victim of a vicious police K-9 attack seeking my expert opinion about whether he was attacked with excessive force by the dog.

“I am a victim of a police k-9 attack. I believe it was an excessive force as evidenced by the k-9 first ran by and bumped me, at which time I went down on the ground as instructed by officers. I heard the dog run away then came back 1-2 mins later, while I was on the ground with my hands behind my back, and the dog attacked me by viciously biting, holding down on my right lateral, and shaking its head violently, side to side. It had never experienced such extreme pain.  I suffered severe lacerations and abrasions on my side, left forearm and hands.  Murrieta Police Department transported me to Rancho Springs Medical Center in the same city. The hospital only x-ray’d my left forearm.  MPD refused to have AMR transport me to the hospital, in spite of having an ambulance and paramedics on the scene. Do you believe this is an example of excessive force by police K-9?”

Was Mr. Gonzalez attacked excessively by this police K-9?  Does he have a strong basis to file a lawsuit against the municipality and the officers which authorize the use of this K-9?  Obviously so, particularly given that the victim had already surrendered to the police.  The description the victim gives of this incident is consistent with the manner in which police train their canines to bite and hold.  Namely, latching onto the subject, vigorously shaking, and holding the bite until commanded to release by the handler. Unfortunately, the technique of bite and hold is unreliable. And, studies have found that dogs trained in supposedly a less violent apprehension technique such as find and bark are as dangerous as bite-and-hold trained dogs.

Attack train police canines are inherently dangerous animals because these kinds of dogs have been selectively bred for aggression, because of the way in which they have been trained and when deployed in the field for suspect apprehension they are on a mission to find someone to bite in order to “get the job done”.  Police canines are impulsive. Police canines are unable to make quick decisions about whether an attack on a person is warranted or if the suspect has surrendered.

Examples of appellate decisions involving municipalities and the use of excessive force by police K9s can be found in Rosenberg v. Vangelo.  The court ruled that the police department and the municipality were liable based in part to employ training techniques that would reduce the risk of harm to a suspect, particularly in dogs with high bite ratio.  In Hooper v. County of San Diego, the appellant was arrested for resisting arrest after the police discovered that she was in possession of methamphetamine. A police K-9 was called in and tore-off large portions of the appellant’s scalp. The court ruled that being arrested for resisting arrest did not bar the appellant’s claim of excessive force against the County.

In general, lawsuits against police K-9 departments and their handlers are difficult to win.  One reason for this is because the police K-9 handler may not represent accurately what happened in any given incident. Police departments vigorously defend their canine handlers and their partners. Canine handlers frequently cover-up for the behavioral mistakes their dogs make.