California dog bite law (Civil Code 3342) specifies that a dog owner be held legally liable for damages if  their dog bites and injures another person.  In select cases, expert opinion from a properly qualified  dog bite expert may be needed when the statue is invoked by the plaintiff.  In any given lawsuit, questions about animal behavior might arise that necessitates expert opinion from a properly qualified animal 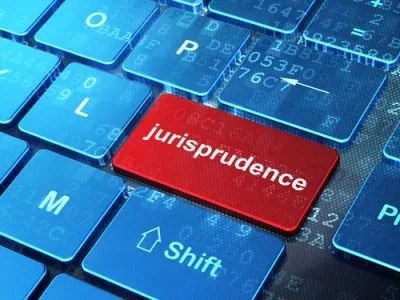 Was the plaintiff actually bitten by a dog?

This issue will arise if there is uncertainty about whether the plaintiff was actually bitten by a dog.  Generally, attorneys tend to rely on medical documentation to substantiate whether a dog bit the plaintiff. However,  occasionally information taken directly from the victim may be misleading or incorrect.  The plaintiff may report the emergency room physician that he/she was bitten by a dog (when in fact no dog bite happened) and the treating physician  to sepsis on face value and enters this into the medical documentation without careful scrutiny.

If the medical records are inconclusive or suspect, then photographs of the alleged bite injuries may help substantiate whether the plaintiff was bitten by a dog.   Carefully note that in order for photographs to serve as conclusive evidence about the occurrence of the dog bite, the images ideally should be taken shortly after the actual  injury was sustained. Images taken after the injuries heal may not show the detail necessary to identify the physical properties of puncture wounds and lacerations. Lacerations and puncture wounds caused by a dog bite have typical shapes and sizes; hence,  the physical properties of these wounds can be used for expert analysis.  In short,, the animal behavior expert can examine the physical properties of the wounds from photographs and then possibly match the injuries to a specific dog based on the size of the dog, the size of  the dog’s teeth and the shape and size of the wound.  In addition,  in this kind of analysis other factors can be considered such as the circumstances under in which the alleged bite happened, the temperament of the suspect dog, whether the suspect dog had the capability of biting given circumstances present at the time of the incident, and the actions of the plaintiff immediately before the alleged bite happened.

Which dog inflicted the bite wound?

If more than one dog is near the victim when an alleged dog bite happened, then it may not be clear which dog inflicted the injury.  This may happen, for example,  in the following scenario:  the defendant’s dog escapes from the property where it lives and attacks a nearby dog being walked on a leash by the plaintiff.  As a result, the plaintiff finds himself in the midst of two fighting dogs and consequently gets bitten.  If the plaintiff’s dog bites the plaintiff, then the dog bite statute cannot be invoked if the bite was inflicted by the plaintiff’s own dog.

Steps can be taken if uncertainty exists as to which dog caused the injury:

Was the dog provoked?

Unfortunately, appellate courts have not clearly defined the meaning of “provocation” in dog bite cases.   Thus, the responsibility falls on the shoulders of the animal behavior expert to explain to the trier-of-fact if provocation happened. This makes sense since provocation is an animal behavior concept.

Generally, but not always, provocation may be inferred if the action from the victim directed to the dog caused the dog to immediately engage in a behavior (e.g. biting)  which was motivationally different from the behavior the dog was engaged in just prior to the start of a biting episode.  In addition to the immediacy and the motivational aspects of the dog’s behavior, the context in which the incident occurred, the nature of the victim’s behavior directed to the dog and the temperament and behavioral history of the dog must be carefully considered.