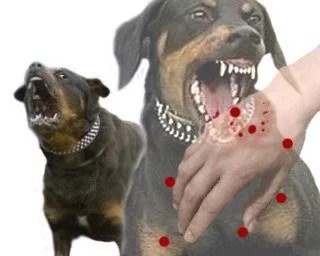 disseminated to the public through various means (internet, SPCA, veterinarians, animal behaviorists, trainers, peer-reviewed studies, USPS  dog prevention week, and elsewhere on this website, etc.).  Serious injury from a dog attack often profoundly affects the lives of people, particularly parents with young children. Nonetheless, about 4.5 million people are bitten annually by dogs in the United States.  Moreover, the dog bite problem is not confined to the United States. It is a worldwide public health problem, particularly in India, China, and in Africa.  Approximately 30-40 people are killed by dogs in the United States on an annual basis.

Given the extent and seriousness of the problem, it understandable why  recommendations for dog bite safety have relied heavily on information collected from studies focusing on the epidemiology of dog bites. For example,  much now is known about the age and gender of the victim, the breed of the dog, the location of an incident and the familiarity of the dog to the victim. What has been missing for many studies is data pertaining to the context, circumstances and biting history of the dog, however.  A group of dog experts in England addressed these issues in a study entitled “Context and consequences of dog bite incidences” (Journal of Veterinary Behavior, 2017, 33-39).

Dog bite victims in the United Kingdom completed an online questionnaire. Questionnaires from 484 dog bite victims were received and analyzed. Focus was on the context, circumstances and biting history of the dog.