Play behavior by a child in the presence of some dogs increases the likelihood of dog bite attack. This factor, frequently 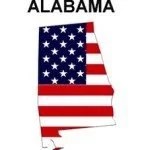 noted by animal behaviorists, happens because of the jerky, haphazard and fast movements that often characterizes a child’s play, coupled with high pitched vocalizations often heard a during a child’s play. The motivation underlying a dog’s attack behavior in these circumstances may be tied to canine predatory tendencies.

A recent incident illustrating this point happened in February, 2014 in Tallahassee, a rural town located in central Alabama. In this incident, a four-year-old girl was playing in the yard of her home when she was attacked and killed by a loose German Shepherd mix. The dog was not a stray. Rather, it was owned. The dog was not on a leash or under the control of its owner when the incident happened. It is likely that the dog lived nearby. The child was discovered when her grandfather looked outside and saw a large dog standing over her.

It is not known how the dog left the property of the owner: whether it escaped or if the owner intentionally left the dog run loose. In many rural parts of the United States even when by law dogs must be leashed when in public, owners ignore the law and customarily allow their dogs to run free in an unsupervised fashion. This poses a danger to public safety, particularly if the dog is large and has a faulty temperament, or if was not adequately socialized to children. This instance in Tallahassee may be an example of this.

Moreover, it is significant to note that unleashed and unsupervised dogs, even if they are owned, well cared for, and well fed, may form temporary packs, and this could pose a danger to public safety. For example, loose or unsupervised dogs, particularly if they are allowed to run in packs, tend to behave in a manner that characterizes the behavior of a group rather than that of an individual. And dog bite fatality statistics clearly show that  unsupervised dogs running in packs in rural areas, especially in the northern provinces of Canada, kill people at relatively high rates.