Those familiar with the Jack Russell Terriers are aware of the breed’s aggressive tenacity, and its inclination to attack  prey objects, such as squirrels, rats, 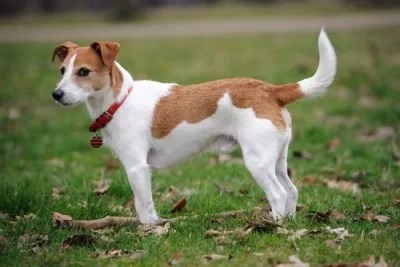 possums.  In some cases, a Jack Russell’s  predatory inclinations may also generalize to small size humans.  For example, small children, particularly infants, might vocalize and this could trigger a predatory  attack. Apparently this happened to a newborn infant  in its bassinet in Culpeper County,Virginia  in May 2012.

The Jack Russell in question was a family dog, and the newborn reportedly was less than a month old. The dog inflicted at least 30 dog bites to the infant after jumping into the infant’s bassinet. The attack was stopped by the father who shot the dog.  Luckily, the infant survived the attack.

A breeder familiar with the incident stated that she would not sell Jack Russell Terriers to families with  small children, because she is aware of the potential for these kinds of incidences.   From the perspective of animal behavior science,  one might speculate that the infant may have mimicked the sounds of a mammalian prey species, probably through crying, and this  immediately triggered a predatory reaction in the dog. There have been other instances in which the family dog jumped into a bassinet for the purpose of attacking an infant. In one case, in California, a Pomeranian killed the infant.

In addition, other kind of stimuli can elicit predatory attack by a dog on a small child, such as small children moving on swings.  It is also of interest to note that research carried out at the University of Pennsylvania found that Jack Russell Terriers, along with German shepherds and  Chow chows, were the breeds most often implicated in dog bite attacks on humans.