As a pit bull dog bite expert, I strongly oppose breed-specific legislation.  Given this, I feel compelled to make my readers aware of a dog bite study published in 2011 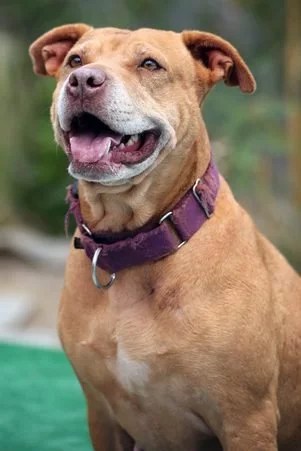 The authors argue that pit bulls are inherently dangerous. They argue that pit bulls should be regulated by law as if they were wild animals (much like bears, lions, tigers, etc.). These conclusions are based on results generated from their study and also results from other dog bite research which supposedly demonstrate that fatality and morbidity rates for victims attacked by pit bulls type dogs are higher when compared with other breeds.

Data in the study were collected through the review of medical and animal control records on dog bite victims admitted to a trauma center in Texas during a 15 year period from 1994-2009.  A total of 228 hospital records of dog bite victims were reviewed.  From this sample there were 82 cases where corresponding records from animal control were complete enough to warrant inclusion of a victim for further data analysis.  Data analysis in the study was therefore based on a total of 82 dog bite victims. Information collected from animal control records included the breed of the dog, it’s gender, the dog’s relationship to the victim, and other circumstantial evidence surrounding the attack.

Results showed that for 82 victims included in the study, 29 dogs, or 35% of the victims were  attacked by dogs identified in animal control records as a pit bull or pit bull next.   Results also showed that severe dog bite injury was most often inflicted by pit bulls or a pit bull mixrelative to other dog breeds.  Moreover, the percentage of victims over 18-years-old attacked by pit bulls (51.7%) was much higher than the percentage of victims over 18-years-old attacked by other breeds (26.4%).  And victims attacked by pit bulls had a much higher incident of hospital admission (17.2%).  Pit bull victims also spent more time in the hospital and in intensive care when compared with victims attacked by other breeds.

#1. Author bias.  Immediately becomes apparent the matter because of the negative manner in which they choose to introduce the reader to their study.  For example, the authors write that the pit bull breed was historically developed to attack without warning. However, there is absolutely no empirical evidence to substantiate that this tendency to attack without warning extends to humans. The authors ignore the fact that pit bull was a breed developed to fight other dogs and not attack humans. Hence, the extent to which these dog-dog behavioral tendencies extend to humans is questionable.

#2. Breed identification problems. The authors define a pit bull as being either an American pit bull Terrier, American Staffordshire terrier or a Staffordshire bull terrier. These three breeds have gained official recognition by various kennel clubs in the United States. For data analysis, the authors included victims attack by one of these breeds or dog mixed with one of these breeds (i.e. a pit bull mix). The authors relied on entries in the animal control records for breed identification purposes. However, there are problems with this methodology. Specifically, it assumes that the breed was correctly identified by animal control.  There are problems with this assumption, however. the authors do not know how animal control collected their information with regard to the identification of the breed.  Most likely, breed identification by animal control personnel was based on a dog’s physical appearance.  This method of breed – that is, identification based solely on physical appearance – frequently produces incorrect results about the breed of the dog.  Hence, uncertainty exist if the dog identified in animal control records was in fact a pit bull or pit bull mix.

#4. The authors rely on outdated findings from older dog bite studies.  Specifically they reference earlier widely cited studies indicating that pit bulls inflict more dog bite fatalities to people when compared with other breeds. However, these results have been called into question. For example, in a recent well-received investigation by pit bull expert, Gary Patronek, et. al. found that no particular breed was over- represented in 256 dog bite related fatalities studied in the United States (Co-occurrence of potentially preventable factors in 256 dog bite-related fatalities in the United States ,2000-2009. Journal American veterinary medical Association, 2013, 243, 1726-36). In addition, the authors rely on dog bite statistics from older studies which base breed specific bite rates on total frequency of reported instances within a geographical area. The problem here is that many owners choose not license their pit bulls, hence bite rate frequency for pit bulls are likely to be inflated.  It is also important to note that supposedly pit bull type dogs involved in severe and fatal attacks are likely to be genetically different from those pit bulls a licensed or papered through  kennel clubs.  Sub-populations of pit bull type dogs must be specified and generalizations not be made to an entire population of dogs assigned to an erroneous breed called “pit bull”.

#5. The authors rely on questionable findings from other dog bite studies.  For example, to support their argument that pit bulls are inherently dangerous, they cite a study which showed that 94% of attacks by pit bulls on children were  “unprovoked”. However, one most question what exactly is meant by the term “provocation”. This previous study is likely to be seriously flawed because without a detailed investigation of any individual dog bite incident, which includes the dynamics of the attack, the  temperament of the dog and the actions directed to the dog by the victim, it is difficult to determine whether provocation occurred in any given instance.   Moreover,  provocation is a nebulous turn not very well defined in many instances and it may not mean the same to different people or investigators.  Nonetheless, the author seem eager to latch onto this evidence about provocation to support their belief about the inherently dangerous nature of pit bulls.

#6. The authors rely on falsehoods not supported by science.  For example, the authors state that there is a “inbred tendency of pit bulls to initiate and continue an attack on a person in an unrelenting manner”. There is no science to support this notion. However, even if it were true, at best it would only represent a small percentage of pit bull type dogs (usually of the male gender). The authors appear ignorant that pit bull type dogs must be treated as individuals and not collectively branded as inherently dangerous.

As a pit bull dog bite expert,  I obviously cannot dismiss findings deny that clearly show that people are killed and sustain horrific injuries as a result a pit bull dog bite attack.  However, whether the dogs involved these incidents contain the pit bull genotype is uncertain.  Hence, the conclusions made in the study which tie pit bull type dogs to severe dog bite injury are speculative and misleading, at least from my perspective as a expert. The data the authors use to support their belief that pit bulls are inherently dangerous and should be treated as wild animals are based on a faulty investigative method (i.e. reliance on animal control records for breed identification) and a reliance on questionable data and falsehoods from other studies.

Richard Polsky, PhD is a California-based pit bull dog bite expert specializing in pit bulls and other breeds which inflict severe dog bite injury to people.  He is available for assignment as a dog bite expert to attorneys litigating personal injury cases caused by dogs.