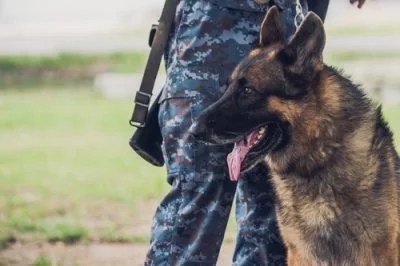 apprehension in field situations. However, this assertion needs to be questioned given the events surrounding an incident that happened in Pittsburgh, California in November 2011. This incident,  a lawsuit was filed against the Pittsburgh Police Department for excessive force caused by a police K-9.  The lawsuit settled for $145,000 in December 2014. In this instance, the plaintiff alleges that was repeatedly and viciously bitten by the police K-9 deployed to apprehend him, a female Belgian Malinois named Xena.

Below,  I present an overview of the most significant facts relevant to my involvement as an animal behavior expert in this lawsuit.

(1) The police claimed that the plaintiff resisted arrest;

(2) Due to his alleged resistance, the police attempted to subdue him with a Taser gun;

(3) The police allege that the Taser gun was ineffective in subduing the plaintiff. They, therefore, deployed their canine, Xena, to assist in the apprehension;

(4) After being deployed Xena attacked and bit the plaintiff for about 30-40 seconds. The duration of the biting and attack by this dog was not disputed by the defense;

(7) Throughout the 30-40 second duration of Xena’s attack on the plaintiff, her handler could be heard saying to his dog “good girl, good girl”.

The entire duration of the attack was captured on video (via a camera that was attached to the Taser gun). Hence, I was able to review the video of Xena rearing up and straining at the leash when she was being led to the plaintiff. The plaintiff was also heard screaming as he was being attacked.  Also heard was the verbal feedback the officer was giving Xena while she was attacking the plaintiff.

Did Xena excessively bite the plaintiff?  I could not accept the defense argument that the kicking behavior by the plaintiff prevented Xena from grabbing and holding on to the leg of the plaintiff.  I knew that many different kinds of domestic dogs, particularly pit bulls, can readily bite and hold onto a person, even without specific bite-and-hold training. I also knew that people in their attempts to avoid a dog attack will kick at the dog, but yet the attacking dog still is able to quickly latch onto a victim’s leg, hold it, and not let go. Another troublesome fact was that when the plaintiff was kicking at the dog, he was facedown on the ground.  It was difficult to understand how the plaintiff could generate enough force with his legs to deter a supposedly highly trained dog in the bite-and-hold technique.

There are two plausible reasons why the attack lasted as long as it did: (1) Either the handler intentionally let Xena continue to attack the plaintiff for the duration of time beyond what should have been needed to make a successful apprehension.  (2) Alternatively, the handler lost control of Xena after the attack started because of the dog’s highly arousal aggressive state. If this is the case then, in essence, the handler lost control over his canine partner.  And without the necessary control, this attack trained dog continued to do what she was programmed to do – that is, attack and bite a person.

For these kinds of dogs, the aggressive biting behavior is highly self-reinforcing in its own right. In other words, the opportunity to attack a person is a reward in itself. Hence, from my perspective, I would have expected the dog to engage in biting behavior in an unabated fashion. Moreover, in this particular instance, the biting behavior by Xena was encouraged because the handler was his partner “good girl, good girl” while she was biting the plaintiff.

Previously I have written about why handlers lose control of their attack trained police dogs. In this case Xena, the reasons why this happened were as follows:

Despite being highly controversial, the bite-and-hold technique continues to be commonly taught to police dogs as a method for subject apprehension. In essence, the technique calls for the dog to bite a suspect and then hold the suspect with its mouth for long as necessary until the suspect can be apprehended by police. Full apprehension happens when handcuffs are placed on the suspect, after which dog is then told to release its hold on the suspect. Excessively biting a suspect, as was the case in this instance, is not consistent and deviates from the “bite-and-hold” technique.

In sum, Xena’s attack on the plaintiff was excessive and this was caused by a number of factors which included her heightened aggressive arousal, the inherent tendencies for dogs like this to make behavioral errors, and Xena’s inexperience in apprehending a suspect in a field situation using the bite and-hold-technique.   Some additional thoughts on excessive force delivered by police canines can be found elsewhere on this website.