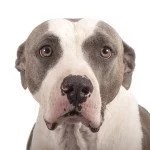 number of reasons, some of which include vagueness of the law, violation of a person’s First Amendment rights, and violation of due process. An article that provided interesting commentary on the legal aspects of breed-specific legislation was published several years ago in  the Journal of the American Veterinary Medical Association (M. Wapner, J. Wilson. Are laws prohibiting ownership of pit bull type dogs legally enforceable? 2000, 216, 1552-1554.). Although dated, the article is still relevant.

This writer was surprised to learn of the apparently strong sentiment in the legal community against pit bulls. This was illustrated by an article published in a respected law publication which Wapner and Wilson quote. The excerpt states: “For millennia, the dog has been the companion, friend, and faithful servant of humanity. But in recent years, evidence has been mounting that humanity in its perverse ingenuity has perhaps created in the “Pit Bull,” the paradox of a breed of dog which is a natural enemy of humanity, as well as of every other living thing, including its own kind. These dogs in many instances are inherently dangerous, and are never completely predictable.”

However, all animal care professionals I know, such as other animal behaviorists, dog trainers, and veterinarians, do not hold these views. Nearly all strongly oppose breed-specific legislation. Most believe that most pit bulls, particularly if they are female, well-trained and properly socialized, and derived from reputable breeding lines, present no more danger to public safety than a teacup poodle.

For example, Wapner and Wilson discuss the case the American Dog Owners Association versus the City of Lynn, Massachusetts (404 Mass 73, 533 NE2d 642). The city of Lynn passed an ordinance that required pit bull owners to keep their dogs contained on their property, or be subject to a fine and banishment of the dog from the city. The basis which animal control officers decided if a dog were a pit bull was based on what the dog looked like, and the court found this method unacceptable. The court ruled that this criterion was too vague to allow the law to be enforced in a non-arbitrary or nondiscriminatory fashion. The law violated due process because the criterion used for pit bull identification was not specific enough to put owners on notice that they were violating the law.

This ruling has had little effect on other cases throughout the United States. Subsequent to 1989, in almost all cases where breed-specific legislation laws have been challenged, American courts have upheld the right of municipalities to regulate pit bull type dogs, as best exemplified by the laws enacted in Denver and Toronto. The means which breed identification is determined no longer seems to be significant. Instead, Courts have ruled that laws that regulate pit bulls are constitutional provided that they are “rationally related” to public safety. Under the rational basis test, a court will uphold the law if it is rationally related to a legitimate government purpose (www.cornell.law.edu). Nolo Plain English Law dictionary defines rationally related as “a legal standard to determine the constitutionality of a statute. To determine whether the statute passes the test, the court considers whether it has a reasonable connection to achieving a legitimate objective.”

Breed specific laws apparently may very well be rationally related to public safety in the minds of legal decision-makers. Nevertheless, the issue that still exists, and one which cannot be avoided, concerns breed identity. Breed-specific laws do not make sense unless they can accurately a target the population for which they are intended through accurate breed identification.

The study by Voith, et.al recruited owners of 20 mixed breed dogs of various size and aged, and made comparisons between the predominant breed of the dog and DNA analysis. A dog’s predominant breed was determine by what owners were told by the agencies from where they adopted the dogs (that is, the stated breed of the dog). Blood samples were drawn from the dogs and submitted for DNA analysis. Results showed only marginal agreement between the stated breed of a dog and its genetic makeup. Dogs that were deemed to be a certain stated breed, based on appearance, did not have the genetic composition to support breed identity based on appearance. DNA analysis had concordance with a dog’s stated breed in only 25% of the cases. In 87% of the dogs, DNA analysis found a genetic basis for a prominent breed other than the stated breed. In short, there was considerable discrepancy between the breed identity of a dog based on its physical appearance and DNA analysis. The study concluded, “It would be worthwhile to reevaluate the reliability of breed identification (through visual inspection) as well as the justification of current public and private policies pertaining to specific dog breeds.”

Controversy over breed-specific legislation continues despite compelling evidence which indicates that breed-specific legislation does not reduce dog bite frequency, and that the enforcement of breed-specific laws is both impractical and not cost-effective. Wapner and Wilson correctly note that breed specific ordinances are inherently flawed because they criminalize all individuals within a given breed of dog, and that such laws ignore the fact that most dogs within any given breed are not dangerous. Accurate identification of a pit bull type dog may be highly problematic. Hence, breed-specific laws are inherently flawed because they are vague. Many mixed breed dogs that look like pit bulls might have a disparate genetic makeup. Breed-specific law should not focus on the stereotype of a breed, the emotionality of parents, or the political interests of lawmakers, but rather on the behavior of the individual to determine if the dog in question presents a danger to public safety.

Richard Polsky, PhD is in animal behavior expert located in Los Angeles, California.  His expertise lies in the forensic analysis of dog bites.   He is available for assignments from personal injury attorneys throughout the United States and Canada.