More people in Texas are killed by dogs than any other state in the United States. In a previous post, I have offered reasons 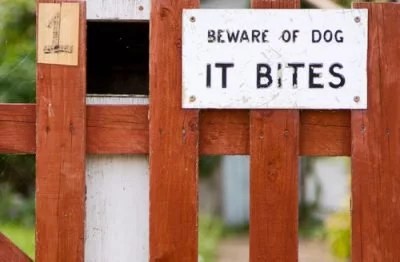 for this which I believe in part may be tied to the culture that exists amongs Texas dog owners, particularly those living in rural areas.

Another tragic Texas dog bite fatality happened on June 15, 2016 in Austin.  In this instance, the  11th sufficiently documented dog bite fatality in the United States in 2016, the victim was a 36-year-old female process server. She was alone. Apparently she was attacked by as many as six dogs shortly after she entered the property. Her body was found in the vicinity of the front gate of the property. There was a  beware of dog sign clearly visible on the front gate, as shown in the photographs posted by news media about this incident.  If this be the case, then it is conceivable that the owner of the property may not be held criminally liable. This process server may have assumed the risk of being attacked.  There are risks involved in the process of serving legal documents onto a person.

Animal control confiscated at 20 of total dogs from the property: six adults and 20 puppies.  What is unusual about the incident is that the incident did not involve one of the so-called “dangerous” breeds.  Instead, the adults were mixed breed dogs, consisting of a Labrador retriever, great Pyrenees and Australian cattle dog.

Reportedly, there were problems with these dogs at this property.  Neighbors say the dogs were scary. There were reports of the dogs running loose the neighborhood chasing cars and bicycles. Complaints with animal control supposedly were made but according to news reports no action was ever taken against the owner. Given this, is conceivable that animal control was negligent in their duty of adequately protecting the public from these dogs.

Austin, Texas a city known for its liberal progressive culture, maintains a website listing the exact location of dangerous dogs in the Austin area.  I commend the efforts of the city of Austin in this regard. Is an approach that should be more widely adopted by other localities in this country.