An animal behavior expert witness may be called upon to address certain recurrent questions in dog bite lawsuits. These include include those about provocation, 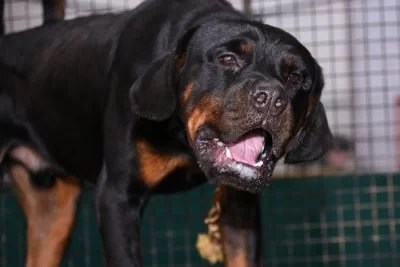 dangerous propensities, if the dog bite incident was foreseeable, negligence, and whether the injury to the plaintiff was caused by a dog bite.  Animal behavior expert opinion can also be used to rebut the opinions proffered by opposing counsel’s dog bite expert.

Did the victim provoke the dog?
This is perhaps the most common question raised in dog bite litigation, particularly in states where strict liability exists, such as Arizona and California.  Detailed analysis of the plaintiff’s actions immediately prior to infliction of the dog bite, the temperament of the dog, and contextual features in which the incident occurred are usually needed to provide a conclusive answer to this question.  An analysis is made in terms of the motivational state of the dog,  whether the action from the plaintiff was directed to the dog and the immediacy of the dog’s reaction.   More detailed discussion about this issue and answers to questions about provocation are discussed in greater detail elsewhere throughout this website.

Did the dog possess dangerous tendencies?
It is of utmost importance that every dog be evaluated as an individual.  Broad sweeping generalizations about breed tendencies should be avoided.  Nonetheless, breed tendencies certainly exist but can only be used only when consideration is made about the behavioral history of the dog and factors about a dog’s rearing, socialization, daily care, training, upbringing, genetics, etc.

Was the incident foreseeable?
Foreseeability of a dog bite incident, particularly a fatal dog attack, it is important in many civil cases but especially so in criminal cases,  For example, in the San Francisco Dog Mauling a Presa Canario killed Diana Whipple.  The central question in the criminal proceedings was whether the defendants knew or should have known that their dogs had the capabilities of killing a person.

Was the plaintiff’s version of events credible?
In some dog bite lawsuits, the version of the plaintiff lacks credibility in terms of how the incident occurred.  For example,  in one lawsuit, the plaintiff testified that she was about 3 to 4 feet behind a German Shepherd when the dog suddenly spun around and then latched onto her hand.  Another person who witnessed the incident testified that the plaintiff placed her hand on the chest of the dog to prevent the dog from entering through a doorway.  The plaintiff made no mention of the dog charging her or lunging from a distance of 3 to 4 feet.  My expert opinion was that it was improbable that a dog could inflict a bite from a distance of 3 to 4 feet; hence, the plaintiff’s version lacked credibility.

Was the dog properly managed?
Claims about a defendant’s negligence in dog bite cases can take many forms, the most common being an owner’s failure to control the dog properly in a given set of circumstances, or allowing the dog to escape due to a faulty enclosure on the property.  In many states, such as California, negligence per se with respect to leash laws makes the defendant 100% liable, unless there is a comparative fault by the plaintiff.  And a claim for punitive damages may be made if the plaintiff’s negligence is deemed despicable.

Was the injury to the plaintiff caused by a dog bite?
This is a surprisingly common question that arises in many dog bite lawsuits.   Usually, the question centers on whether the injury was a bite or scratch.  For example, currently, I am involved in one lawsuit as an expert witness in which a Doberman pinscher allegedly bit the face of a child.  In this case, I have not yet come to an opinion.  However, subsequently upon review of discovery, it is likely that I will be able to conclusively opine whether the injury was the result of a dog bite based on information about the circumstances surrounding the incident, the actions the child-directed to the dog immediately before the injury was inflicted, and the past behavioral history of the dog.

Selected websites which explain the basics of dog bite law: