In this article, I will proffer opinions on police K-9 attacks on people from my perspective as an expert witness in animal 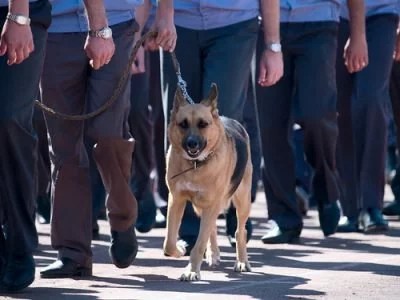 behavior.  For this purpose, I will use results taken from verdicts and settlements I am familiar with either as a retained dog bite expert or from news stories published on the Internet.

In general, in order to prevail in these kinds of cases, the plaintiff needs to establish that the K9 handler of the dog lost control of the dog and this allowed the dog to bite excessively. This makes sense from an animal behavior perspective. For example, when deployed in the field for suspect apprehension my opinion is that police dogs are eager to attack, motivationally they are “souped-up”, and once an attack starts it is often very difficult to stop.   I am convinced that plaintiff attorneys would benefit greatly if they used an animal behavior expert to render testimony that many police canines are inherently dangerous and that when deployed in the field these kind of dogs are prone to behavioral error.

Lawsuits against police departments because the victim’s civil rights were violated. One way in which this happens is through the deployment of the police K-9 who excessively bites a person during suspect apprehension.

Nonetheless, Lawsuits against police K-9 departments and their handlers are difficult to win. One reason for this is because the police K-9 handler may not represent accurately what happened during any given incident. Another reason is that the plaintiffs who file lawsuits are often minorities and these people may not present themselves well before a jury. Police departments vigorously defend their canine handlers and their partners.

Animal behavior issues in police dog bite lawsuits often involve issues dealing with the so-called the bite and hold technique. In other instances, animal behavior issues related to the lack of control the handler had over his dog or that the police K-9 did not possess the proper temperament for subject apprehension.