Hospitalizations and emergency room visits by people bitten by a dog in California have increased markedly in recent years, according to new 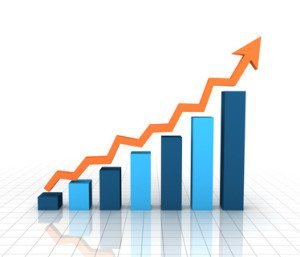 dog bite statistics published on the website maintained by the California Department of Public Health.  Recently released statistics show a 30% increase in emergency room visits as a result of dog bite injury for the period covering 2006 – 2014. And there was an even higher increase in hospitalizations; namely, a 50% increase during this 9 yr. period.

How can these increases be explained?  Changes in preferences for the type of dogs people keep may be one explanation. Namely, more now than previously, people favor ownership of dogs with strong tendencies for protection such as Cain Corsos, American bulldogs, Bullmastiffs, Brazilian mastiffs and pit bull type dogs. A vicious attack from a pit bull type dog or a mastiff would likely result in severe dog bite injury – hence, the need for hospitalization or emergency room treatment.  Support for this belief comes from a study I reviewed elsewhere on this website.  I have been critical of how some of the findings were interpreted in this study, however.

Why the high incidence of severe dog bite injury in Lake County, California?

Particularly noteworthy was the remarkable difference in hospitalization rates between different counties in California. For example, the rate of hospitalization per person caused by dog bite injury was 1/100,00 in Sara Clara County and this compares with the markedly higher rate of 7/100,000 in Lake County.  How can these differences be explained?

One explanation is that Lake County, California is a rural, agricultural area. Population density is low. And in rural areas there’s a tendency for dog owners to disregard leash laws.  And some (but not all) dogs that run free in groups pose a danger to public safety and these unrestrained and free-ranging dogs often form large packs thereby exacerbating the danger that a group of unrestrained dogs poses to people.  Hence, dog bite likelihood increases markedly in some dog groups because of “pack mentality”.

Another explanation may be tied to the socioeconomic status of Lake County vs. Santa Clara County.  Santa Clara County is an economically vibrant part of California. It is home to the high-tech industry (Silicon Valley).  In contrast, Lake County (about 100 miles northwest of Sacramento) is the most economically depressed and poorest county in California.  It has no major industry except tourism and some grape, wine and pear production.  The rate of unemployment is high.  These factors suppress the socioeconomics of the area.  Studies have shown that the rate of dog bite injury is substantially higher in areas of low socioeconomic status.

In addition, I have been told by local residents that a disproportionately large number of ex-convicts are sent to live in Lake County.  Apparently, the California penal system paroles their inmates to this part of California.  I bring this to light because studies show a significant correlation between ownership of so-called “dangerous” breeds by individuals with criminal records.  Hence, it would come as no surprise to find a large number of unrestrained, “dangerous-type” dogs – possibly used for protection – living in the area.

Coupled with the above, Lake County may be a haven for marijuana growers.  The town of Clearlake has expressed concern about the illegal growing of marijuana.  Given this, reasonable speculation would be that Lake County contains more illegal marijuana farms (or perhaps home-based drug laboratories) when compared with urban, wealthy Santa Clara County.  And those who maintain clandestine marijuana farms often use “dangerous” dog breeds to protect the crops.  It is believed that the Mexican Mafia utilizes extremely vicious pit bulls x mastiff crosses in this capacity. Granted, the above may be speculative, but I bring this to the attention of the reader because it helps shed light on differences between counties in dog bite statistics recently reported by the California Department of Public Health.