The circumstances surrounding a fatal dog attack in California in April, 2016 on a three-day-old infant suggests that the dog’s 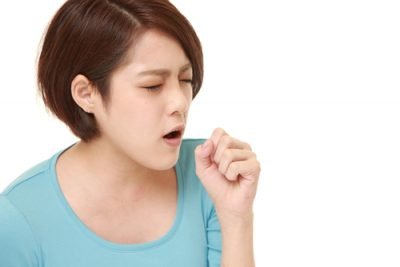 predatory inclinations may have been at work.  In this fatal dog attack, the eighth such occurrence in the United States in 2016 at the time of this writing,  the circumstances present were not that unusual: namely, the infant was in bed with his parents and the mother started coughing. It is believed that the mother’s coughing may have been the impetus which triggered the fatal attack.

The incident happened near San Diego.  According to news reports, the mother was resting  in bed with her husband and their newborn.  The dog, a mixed pit bull, may have been on the bed as well.  The mother coughed and immediately thereafter the dog attacked the newborn. The attack probably only lasted seconds.  However, it was delivered with sufficient force to be lethal.

Assumedly, the parents felt that their pit bull would be safe to have in the proximity of the infant.  It is not as though they left the infant unsupervised in the presence of the dog – circumstances found in other fatal dog attacks on newborns.  Hence, the parents were not negligent.

Was this fatal dog attack in California caused by the dog’s predatory tendencies?

Because the parents believed that their pit bull possessed no aggressive inclinations towards people does not mean that this dog Present in no danger to their infant.  Note that even dogs lacking aggressive tendencies towards people may still nevertheless possess predatory tendencies.  These predatory tendencies directed towards an animal or a person, particularly the size of a newborn, have resulted in dog bite fatalities. These tendencies in this dog may not have been recognized by the parents.

For example, children on swings have been fatally attacked by dogs. The swinging movement of a person the size of an infant on a swing has the potential to trigger a predatory reaction in some dogs.  In other circumstances,  a dog may attack an infant or small child after hearing high pitched shrill sounds, bouts of crying, or perhaps the kind of noise coming from a squeaky toy or a rattle.  In other circumstances, some dogs may be prompted to attack  for predatory reasons after hearing the noise from a hearing aid.

It would be fair to assume that in this fatal dog attack in California the parents, although nearby to supervise, were probably unaware of the speed in which a predatory reaction in a dog might happen.  A single fatal bite in the absence of any warning from the dog can happen in seconds.

There are two possible explanations for the incident.  First, most likely,the mother coughed; however, this stimulus in itself did not trigger the attack. Instead, the mother’s coughing may have caused the infant to react, move or vocalize in some fashion.  And it was the infant’s reaction, and not the coughing, which triggered a predatory bite by this dog.  The second explanation is the coughing startled the dog causing it to become defensive.  As a result, the dog directed a defensive aggressive response to a nearby target it did not know that well.  Unfortunately, in this case it was the newborn.