As an animal behaviorist who has testified in criminal proceedings as an expert witness regarding fatal dog attacks, I read with great sadness of the recent fatal dog attack 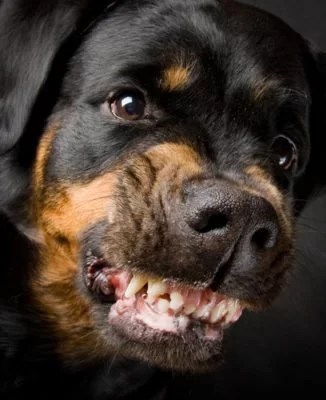 in Sherman Oaks, California which took the life of a three-year-old infant girl.  She was taken to the hospital where she died shortly thereafter.

The incident happened on May 6, 2018.  Sherman Oaks is an upscale area of Los Angeles, located in the densely populated San Fernando Valley.

Not much is known about the details of the incident. What has been learned so far, according to the news reports, is that three dogs were present at the time of the incident.   It is uncertain which dogs were involved in the mauling, however.  The dogs present were a 90 lb. Rottweiler, a large Labrador, and a terrier.  The parents were not home at the time of the incident. A grandmother was babysitting.  According to the story posted in the May 7, 2018 issue of the Los Angeles Times, the grandmother left the infant unattended “for a few seconds” to get a bottle.  During her brief absence, if her story is believed, the dogs entered the infant’s room quickly and attacked and killed the infant.

Animal control officials in Los Angeles are unclear as to which dog(s) took part in the mauling. Hence, DNA testing will be undertaken to determine which dogs were involved.

From a forensic standpoint, DNA testing is probably the best means to identify the individuals involved, although DNA testing will give an approximate match but not necessarily an exact match if the dog is of a mixed breed. Additional forensic information needs to be collected regarding the relationship the dogs had with the infant, individual characteristics of each dog, particularly focusing on past training and socialization or lack thereof, and bite history. Note the typical pattern in fatal dog attacks when multiple dogs are involved is that one dog starts the attack, and other “pack” members join in.

For the sake of preventing other families from experiencing a similar type of incident, it would be helpful to get more information about the detail of the circumstances present immediately before the incident happened.  Did the grandmother leave the infant to get the bottle because the infant was crying? Note that there have been other fatal attacks on infants in which the immediate stimulus precursor was the crying of the infant. This happened in one dog bite fatality involving Jack Russell Terrier.  Canine experts believe that an auditory stimulus like an infant’s crying can elicit predatory behavior in a group of dogs.