The majority of people in United States killed by pit bulls are unfamiliar with the dog.  Exceptions do occur, however.  For 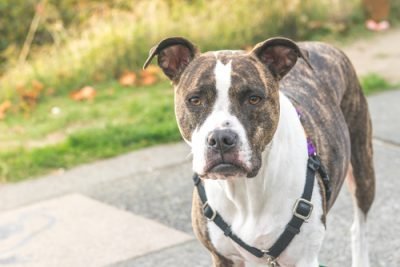 example, in 2011 a 32-year-old pregnant woman was killed by a family pit bull in Pacifica, California.  And in August 2014 in Ohio, a 59-year-old woman was the victim of a fatal dog attack inflicted by her daughter’s pit bull.

The most recent example of the family pit bull inflicting a fatal dog attack to a family member happened in August 2014 in Fanning Springs, Florida.  In this instance, a six-year-old boy was attacked and killed by two family pit bulls while he was playing outside in front of his home.  The dogs followed the boy outside, and shortly thereafter his aunt looked outside and saw the boy lying motionless in the driveway.  Previously, on many occasions, the child played with the dogs.

The fact pattern in this case is similar to other cases in which pit bull type dogs have inflicted fatal dog attacks on people.  Noteworthy is that these dogs were well cared for, both were current on their vaccinations. Family members report that there were never any behavioral problems with the dogs.

It would be unfair to use this example to support one’s belief that pit bull type dog should never be allowed to live in a home with family, particularly when young children are present.  Many honorable Americans have kept pit bulls as pets, including Thomas Edison and Theodore Roosevelt, pop star Madonna, and basketball legend Shaquille O’Neal.  Certainly, as with any large and muscular breed, and abundance of caution is needed when a pit bull is brought into the home. The risk of a serious attack increases when more than one pit bull is present, when background of the dog is not known (particularly relevant for dogs adopted from shelters), and when the dog is a male, not neutered or properly trained, and kept chained or isolated from family members for long periods of time.  Factors like these increase the probability of a fatal dog attack in any breed of dog.  It is not known how many of these factors were operative in the case under consideration, however.