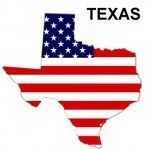 This probably happens, in part, because a child on a swing is in motion and this kind of movement is a stimulus that can easily elicit a predatory response in some dog.

This may have been the impetus behind the fatal dog attack on a old two-month boy in Texas about April 20, 2015. This was the 11th dog bite fatality on a person in theUnited States for 2015.  And there are more fatal dog bite attacks in Texas than in any other state.

According to an online news report by the Associated Press, the boy was attacked while he was in a bouncing seat. The father was present  and he stopped the attack by grabbing the dog by its neck and then he killed the dog with a gun. The father had momentarily gone outside to turn on a sprinkler system. The infant’s mother was present during the incident and she was also bitten by the dog.

Many dog bite experts believe that parents should never leave an infant alone with a family dog for any period of time whatsoever. This may be true in many cases. This concerned may not be warranted for all family dogs, however.  For example, there are many anecdotal examples suggesting that a family dog which has proven trustworthy can be safely kept in the presence of infants and small children.

What does one need to consider to avoid a tragic incident like the one described here?  Generally, one needs to scrutinize the totality of the circumstances in assessing the risk of keeping a family dog in the house with an infant. Factors include the breed of dog, the contextual features present at any given point in time, the behavioral history of the dog, and the quality of it’s training and socialization with infants and children.

In the incident under consideration, one would have thought that the pit bull had a good behavioral history and that the dog had been around this infant without problems for the first two months of this infant’s life. Unfortunately, what I suspect, is that the father may have been unaware of the potent stimulus releasing factors that movement has on the predatory reactivity in some dogs. Whether this particular pit bull displayed predatory tendencies (for example, towards cats, rabbits, squirrels, etc.) is not known at this time.

There here have been other fatal dog attacks where people have been attacked by dogs for predatory reasons. In fact, predation (which technically is more closely tied to feeding) may be the most common motivation underlying fatal dog attacks on people. Note that a dog with a strong predatory tendencies may not show other signs of other kinds of aggression towards people. Hence, people can be lulled into a false sense of security around these dogs. Nonetheless, these kinds of dogs can be extremely dangerous in the proper circumstances, especially when they are hungry and in packs in rural areas.