In certain situations, particularly when one’s own child is at risk, any means of stopping a vicious dog attack is justifiable. This includes sacrificing oneself and accepting the risk of severe injury should the parent  choose to intervene.  Intervention when the life of one’s own child is at  risk makes sense from a 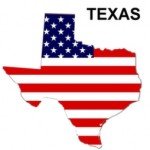 sociobiological perspective. In other situations, where an unrelated person is involved, or perhaps an animal is involve such as when two dogs are fighting, one must carefully choose the method of intervention, because using the wrong intervention could result serious injury to themselves.

Elsewhere on this blog, I have cited certain instances where rather unconventional means of interventions  that have been used to stop a dog attack. For example, in Arizona, a man stopped an attack by biting the dog in its neck, and in another case in Texas, a group of Jehovah witnesses through their Bibles at a pit bull to stop an attack on an elderly woman. In Illinois, a person placing a lit cigarette on the dog’s nose stopped a bull mastiff’s attack on a 13-year-old boy.

Another rather unconventional intervention was used in March, 2014 in Alvin, Texas. The mother of a two-year-old toddler bit off the ear of a pit bull that was attacking her daughter. The mother was dog-sitting a  neighbors’s pit bull when the incident happened.  The pit bull approached the daughter, began smelling her, and then according to the mother, the dog “flipped”.  The mother shoved her fist into the dog’s mouth, and then she bit the dog’s ear,  and the attack stopped.  Previous to this, according to the mother, the dog always seemed friendly.  The mother was injured herself, and lost use of her arm for about a week due to the injuries to her hand.  It is not certain why the dog attacked the toddler, but the mother speculated that the pit bull may have smelled the scent of her dog on her daughter.  Animal behavior science does not support this belief, however.

It was most fortunate that the mother was nearby to intervene.  Had she not been present, it is likely that the pit bull would have killed her daughter.  The victims of many fatal dog attacks involving pit bulls are children under five years of age.  Most fatal dog attacks happen in Texas.