There are relatively few instances of fatal dog attacks involving other mastiff breeds, however. Thus it caught my attention when I read a report about a French mastiff being 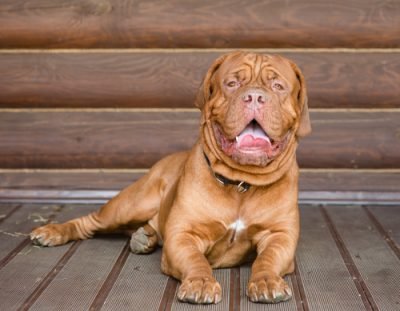 implicated in a dog like to tell it in Illinois. Some might remember that the French mastiff came into the spotlight when it was used in the film “Turner and Hooch” starring Tom Hanks in the early 80s.

In this particular instance, a 44-year-old lady, a paramedic, was mauled to death by a 130 lb. male, French mastiff in Chicago in November 2012.  Her body was discovered by her husband at the bottom of the basement stairs. There were two other household dogs present at the time of this fatal dog attack, a pit bull mix, and a boxer, but these dogs were not involved in the incident. The French mastiff had only been in the home with the victim and her husband for about a week before the incident happened. The dog was adopted from a family member who, according to news reports, no longer wanted to keep the dog because of its size.  There were no indications that the dog was aggressive to the children in that family.

A frequently asked question for the dog bite expert: Was this incident foreseeable?  Unfortunately, without more detailed information about the circumstances surrounding the attack and the behavioral history of the dog, there is no way to accurately determine if the incident was foreseeable. Nonetheless, I formed the impression that the couple were dog lovers, well-educated, accomplished, and had a good sense about how to handle large dogs.  It is likely that they accepted this French mastiff into their home believing that he could be fully trusted, both with them and their other dogs. In fact, the victim had reportedly brought the dog to work a few days beforehand and there were no problems.  During his visit to work, he probably interacted with her coworkers without incident.

There are a number of reasons which may have prompted this tragic incident: for example, some idiosyncratic behavior by the victim may have prompted the dog to attack out of fear as a result of an unusual, previously formed negative association. It is also possible that the attack was medically induced, or perhaps after a week of living with the victim the dog started challenging her “dominance”.  And once the attack started, it’s likely that the victim, who was alone, was defenseless against a dog of this size.  In fact, In most fatal dog attacks, the victim was alone with no able-bodied person nearby to help fend-off the dog.